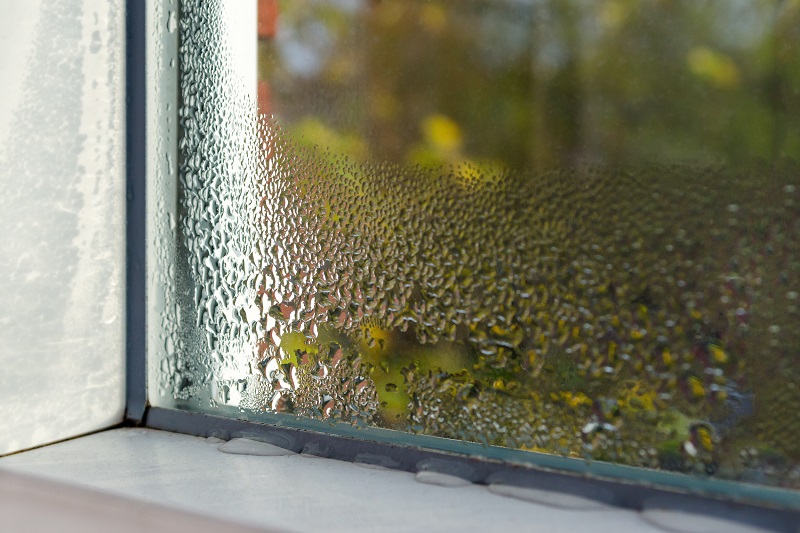 While it may seem like a minor annoyance at most, it’s important to know what causes condensation on windows and how to deal with it, because this excess moisture in your home can potentially lead to larger issues. Excess moisture can rot wood molding and damage plaster around window and doors, cause paint to peel, cause mildew and moisture spots and more.

So, what causes condensation?

In addition to differences in temperatures outdoors and indoors, higher moisture levels indoors can cause condensation to collect on windows and other surfaces. Air can only hold so much moisture, and how much moisture depends on whether the air is warm or cold. Once the air is saturated with vapor, moisture will condense and collect on surfaces, and this typically happens on windows and glass surfaces, which tend to be cooler in temperature than other surfaces.

Condensation that occurs inside double paned or other forms of insulated windows, however, is typically a more serious concern. This condensation occurs as a result of the reasons mentioned above and is often a signal of a broken seal. Double (or triple) insulated windows, in order to insulate properly, must have a tight seal between panes of glass. If moisture is finding its way inside, it’s a sign that your windows are not insulating properly. Typically, in these instances, glass repair is not an option, and the window unit will need to be replaced.

What can you do to combat condensation?

If you use a humidifier, you might need to scale back your use, because it could be contributing to excess moisture in your home. You should also be careful where you place your humidifier and avoid placing it near windows in order to prevent your windows from receiving a more direct stream of vapor. If you don’t use a humidifier but still find your home to be humid, consider investing in desiccant dehumidifying products that pull moisture from the air and collect it, typically in buckets or bags that you can hang in closets, or investing in a mechanical dehumidifier.

Try to keep areas that often collect moisture from steam, such as the kitchen and bathroom, properly ventilated. If you have fans in either room, turn them on while you’re cooking or showering, or (if the air is dryer outside) crack a window. If your bathroom doesn’t have a fan or window, leaving the bathroom door open or cracked can help steam to better disperse inside your home so it doesn’t collect and condense on surfaces inside your bathroom.

Your ceiling fans, especially in winter, can help circulate warm, humid air in your home that rises toward the ceiling. By switching your fans to clockwise instead of counter clockwise, they’ll push warmer air near the ceiling back down to the rest of the room, helping to maintain a reliable moisture level in the room.

Have you ever noticed how humid and stagnant your home can get in the spring when the weather starts to get warmer and you haven’t switched on your air conditioning yet? Though you might not think you need it to regulate the temperature in your home just yet, air conditioners, in addition to cooling your home, can act as dehumidifiers. In addition to circulating cool air in your home, air conditioners work by pulling out heat and moisture in the air inside your home. As it pulls humid air out of your home, the moisture in the air condenses and collects as water inside the machine and is funneled outside of the home.

These methods should help you regulate the moisture levels and reduce condensation inside your home, but if you find that you’re still having issues, it could be a sign of a larger problem and might warrant a call to a professional. 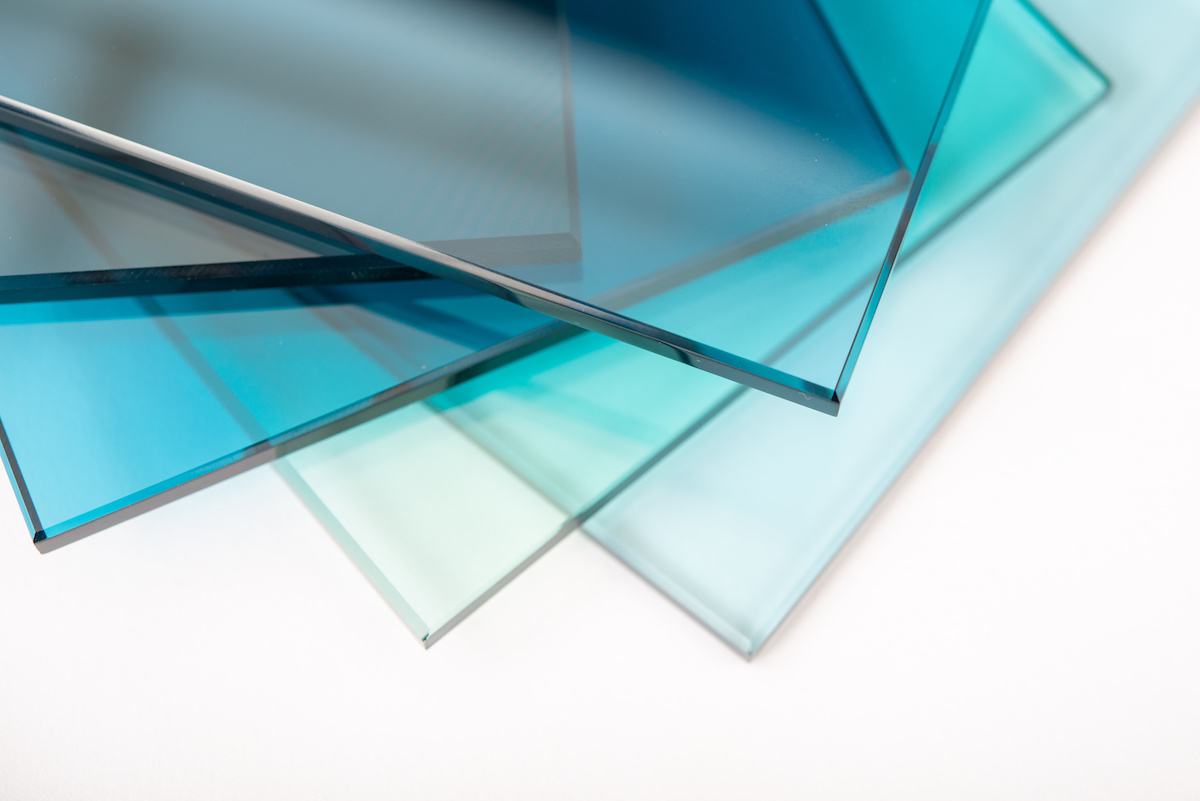 Guide to The Different Types of Glass

Glass is a clear, inorganic material that is classified a non-crystalline and amorphous solid–the most common types of glass include, but are not limited to: Float glass Toughened glass Painted glass Patterned glass Solar control glass Laminated glass These different types of glass vary in toughness, composition and manufacturing process. Each type of glass is […] 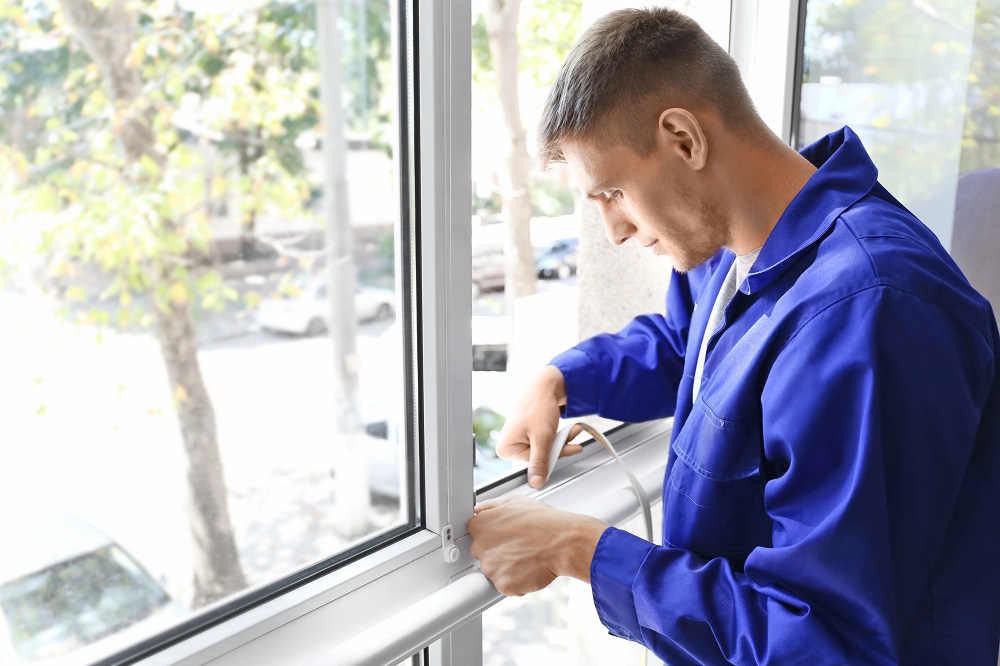 How to Insulate Windows for Winter

Given the fact that windows are responsible for approximately 30% of heat loss during the heating season, it’s no surprise that homeowners are prone to researching how to insulate windows for winter. Ideally, you would utilize these methods to insulate your windows before cold weather sets in, but, luckily, most methods are fairly inexpensive and […]

As we all know, safety in all professions matters. Construction safety is crucial! We are proud of our safety record and our safety program. Our safety program seems simple in terms of how it is implemented. Every morning we conduct a short “gather around time” before anyone heads out for the day. Our AGM goes […]